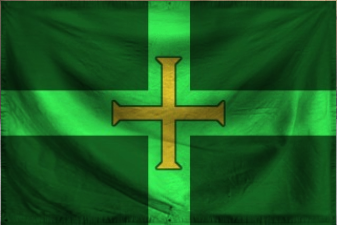 The Republic of Andsed is a gargantuan, efficient nation, ruled by President Grant Shalka with a fair hand, and notable for its museums and concert halls, compulsory military service, and devotion to social welfare. The compassionate, democratic, cheerful population of 10.775 billion Andsedians are free to do what they want with their own bodies, and vote for whomever they like in elections; if they go into business, however, they are regulated to within an inch of their lives.

The medium-sized, liberal, outspoken government juggles the competing demands of Education, Healthcare, and Administration. It meets to discuss matters of state in the capital city of Andsedia. The average income tax rate is 88.0%, and even higher for the wealthy.

The frighteningly efficient Andsedian economy, worth a remarkable 1,890 trillion Andsoids a year, is quite specialized and led by the Information Technology industry, with significant contributions from Tourism, Book Publishing, and Arms Manufacturing. State-owned companies are common. Average income is an impressive 175,478 Andsoids, and distributed extremely evenly, with little difference between the richest and poorest citizens.

Access to the woods is only granted to those who bring a small shrubbery, pulling weeds is seen as a threat to national security, Andsed's soft-touch approach to diplomacy has made it known as the 'push-over' of the region, and teenagers claim that morning paper rounds are performance art. Crime is totally unknown, thanks to a capable police force and progressive social policies in education and welfare. Andsed's national animal is the Emerald Eyed Dragon, which soars majestically through the nation's famously clear skies, and its national religion is Atheism.

Andsed is ranked 31,918th in the world and 2nd in Alyr for Largest Retail Industry, scoring 5,655.2 on the Shrinkwrap Consignment Productivity Index.