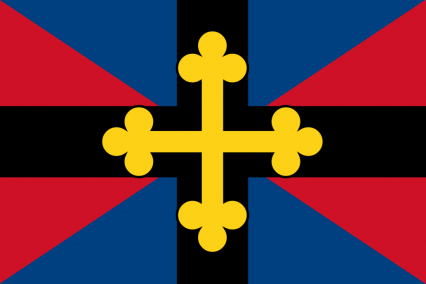 The Republic of Andronya is a massive, cultured nation, ruled by Prime Minister Joseph Aragon with an even hand, and remarkable for its daily referendums, compulsory military service, and complete absence of social welfare. The hard-nosed, hard-working, devout population of 1.628 billion Andronyans are either ruled by a sleek, efficient government or a conglomerate of multinational corporations; it's difficult to tell which.

The relatively small government juggles the competing demands of Industry, Education, and Law & Order. It meets to discuss matters of state in the capital city of Metalonia. Citizens pay a flat income tax of 21.6%.

The frighteningly efficient Andronyan economy, worth 193 trillion Andronian Dollars a year, is broadly diversified and led by the Arms Manufacturing industry, with major contributions from Retail, Tourism, and Book Publishing. Average income is an impressive 119,061 Andronian Dollars, with the richest citizens earning 5.7 times as much as the poorest.

Arthritic surgeons with tremulous fingers reassure patients that they are in safe hands, visiting dignitaries make excuses to leave functions early and head to the nearest pub, immigrants are required to salute the flag five times a day, and the contraband cigarette trade is lighting up across Andronya. Crime, especially youth-related, is totally unknown, thanks to a capable police force and progressive social policies in education and welfare. Andronya's national animal is the Great White Shark and its national religion is Andronyan Orthodox Christianity.