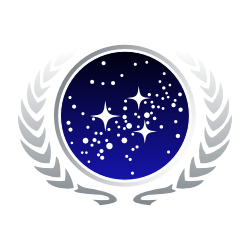 The Galactic Federation of Andromedian is a gargantuan, cultured nation, ruled by Chancellor Sarek the Wise with an even hand, and notable for its free-roaming dinosaurs, unlimited-speed roads, and ubiquitous missile silos. The hard-nosed, democratic, humorless population of 13.189 billion Andromedians are fiercely patriotic and enjoy great social equality; they tend to view other, more capitalist countries as somewhat immoral and corrupt.

The large government juggles the competing demands of Education, Defense, and Industry. It meets to discuss matters of state in the capital city of Andromeda Prime. The average income tax rate is 99.0%.

The frighteningly efficient Andromedian economy, worth a remarkable 3,012 trillion Domles a year, is led by the Information Technology industry, with significant contributions from Arms Manufacturing, Book Publishing, and Tourism. State-owned companies are common. Average income is an amazing 228,415 Domles, and distributed extremely evenly, with little difference between the richest and poorest citizens.

Weird kids who eat bugs are breaking the law, pro-wrestling bouts open with a legal disclaimer insisting that any violence is guaranteed 100% faked, the automotive industry soaks up huge government handouts, and school lockers are filled with fancy underwear. Crime, especially youth-related, is totally unknown, thanks to a capable police force and progressive social policies in education and welfare. Andromedian's national animal is the Federation Eagle, which is also the nation's favorite main course, and its national religion is reason.

The Library of Wan Shi Tong,

The National Republic of Russia, and