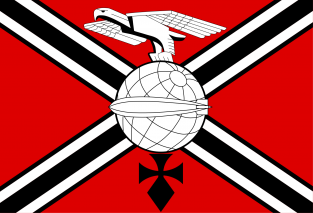 The Constitutional Monarchy of Andcen is a colossal, safe nation, ruled by König Joseph Reinhart with an iron fist, and remarkable for its aversion to nipples, smutty television, and punitive income tax rates. The hard-nosed, cynical, humorless population of 6.559 billion Andcenians are kept under strict control by the oppressive government, which measures its success by the nation's GDP and refers to individual citizens as "human resources."

The medium-sized, corrupt, moralistic, well-organized government juggles the competing demands of Law & Order, Education, and Administration. It meets to discuss matters of state in the capital city of Asfron. Citizens pay a flat income tax of 67.5%.

The frighteningly efficient Andcenian economy, worth 900 trillion Daalders a year, is fairly diversified and led by the Information Technology industry, with major contributions from Tourism, Beef-Based Agriculture, and Furniture Restoration. State-owned companies are common. Average income is an impressive 137,314 Daalders, but there is a significant disparity between incomes, with the richest 10% of citizens earning 460,854 per year while the poor average 30,362, a ratio of 15.2 to 1.

Fiscal policy hawks decry the sizable "panem et circenses" fund added to the public budget, protestors are soaking piles of Daalders in blood to make a point about government incomes, even God cannot save you in Andcen, and all major public areas are watched by police surveillance cameras. Crime, especially youth-related, is totally unknown, thanks to a very well-funded police force and progressive social policies in education and welfare. Andcen's national animal is the Königs Adler, which is also the nation's favorite main course, and its national religion is Valkism.

Andcen is ranked 26,913th in the world and 13th in Hartfelden for Smartest Citizens, with 51.75 quips per hour.