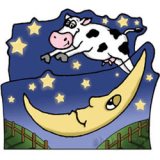 The 10000 Island Nation of Ambassador Woonsocket is a gargantuan, environmentally stunning nation, ruled by Ambassador Woonsocket with an even hand, and notable for its keen interest in outer space, national health service, and devotion to social welfare. The compassionate, humorless, devout population of 23.333 billion Ambassador Woonsocketians have some civil rights, but not too many, enjoy the freedom to spend their money however they like, to a point, and take part in free and open elections, although not too often.

The government — a sprawling, bureaucracy-choked morass — juggles the competing demands of Law & Order, Spirituality, and Education. It meets to discuss matters of state in the capital city of Woonsocket. The average income tax rate is 88.5%.

The all-consuming Ambassador Woonsocketian economy, worth a remarkable 2,025 trillion guilders a year, is highly specialized and led by the Trout Farming industry, with major contributions from Tourism, Automobile Manufacturing, and Information Technology. Average income is 86,791 guilders, and evenly distributed, with the richest citizens earning only 4.1 times as much as the poorest.

Violently opinionated speakers can be heard preaching their hateful views on every street corner, many working fathers have never seen their children, the arms industry is strictly regulated, and Saturday morning cartoons feature full frontal nudity. Crime, especially youth-related, is totally unknown, thanks to the all-pervasive police force and progressive social policies in education and welfare. Ambassador Woonsocket's national animal is the cow, which is also the nation's favorite main course, and its national religion is Bovinity.

Ambassador Woonsocket is ranked 227,943rd in the world and 168th in Yggdrasil for Largest Insurance Industry, scoring -10.97 on the Risk Expulsion Effectiveness Rating.