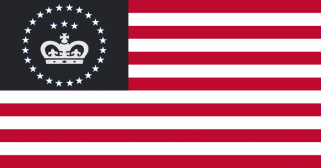 The Free Kingdom of Allanea is a gargantuan, efficient nation, ruled by King Alexander Blaken-Kazansky with an even hand, and renowned for its pith helmet sales, strictly enforced bedtime, and absence of drug laws. The hard-nosed, hard-working, humorless population of 37.333 billion Allaneans are either ruled by a sleek, efficient government or a conglomerate of multinational corporations; it's difficult to tell which.

The tiny, corrupt, pro-business government is effectively ruled by the Department of Defense, with Environment and Spirituality not funded at all. It meets to discuss matters of state in the capital city of Liberty-City. Income tax is unheard of.

The frighteningly efficient Allanean economy, worth an astonishing 13,695 trillion reichskamphenite crowns a year, is driven almost entirely by the private sector, which is broadly diversified and led by the Information Technology industry, with major contributions from Uranium Mining, Book Publishing, and Automobile Manufacturing. Average income is an amazing 366,836 reichskamphenite crowns, but there is an enormous disparity between incomes, with the richest 10% of citizens earning 1,995,232 per year while the poor average 34,676, a ratio of 57.5 to 1.

Women give birth underneath so many blankets that the doctor can't feel the bump, it's not just poseurs who wear oversized sound-cancelling headphones as they walk the city streets, behind every great person are three dozen other people passing great memos, and grumpy old house owners demand that pedestrians get off their footpaths. Crime is all-pervasive, perhaps because of the country's complete lack of prisons. Allanea's national animal is the bald eagle, which teeters on the brink of extinction due to toxic air pollution.

Allanea is ranked 189th in the world and 2nd in Greater Prussia for Largest Automobile Manufacturing Sector, scoring 30,331.17 on the Henry Ford Productivity Index.