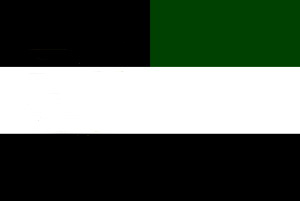 The Secluded Sanctuary of Aleia is a gargantuan, orderly nation, ruled by Stasarina Natalia I with an iron fist, and remarkable for its keen interest in outer space, sprawling nuclear power plants, and frequent executions. The hard-nosed, cynical, cheerful, devout population of 19.172 billion Aleians are proud of their wide-ranging civil freedoms, and those who aren't tend to be dragged off the streets by men in dark suits and hustled into cars with tinted windows.

The relatively small, corrupt, well-organized government prioritizes Education, although Defense, Industry, and Healthcare are also considered important, while Spirituality isn't funded at all. It meets to discuss matters of state in the capital city of Oralienborg. The average income tax rate is 24.0%, but much higher for the wealthy.

The frighteningly efficient Aleian economy, worth a remarkable 3,862 trillion Revens a year, is broadly diversified and led by the Tourism industry, with significant contributions from Arms Manufacturing, Information Technology, and Book Publishing. Black market activity is extensive. Average income is an amazing 201,486 Revens, and evenly distributed, with the richest citizens earning only 2.7 times as much as the poorest.

Stasarina Natalia I is famed for giving great back rubs, religious turf wars have caused frustrated police to pray for divine intervention, most political debates are settled with fistfights, and Stasarina Natalia I's told that love often manifests itself through homicidal four-lettered litanies. Crime, especially youth-related, is totally unknown. Aleia's national animal is the Aleian Eagle, which is also the nation's favorite main course, and its national religion is Zantonism.

Aleia is ranked 75,872nd in the world and 4th in Laraniem for Largest Gambling Industry, scoring 2,910.63 on the Kelly Criterion Productivity Index.