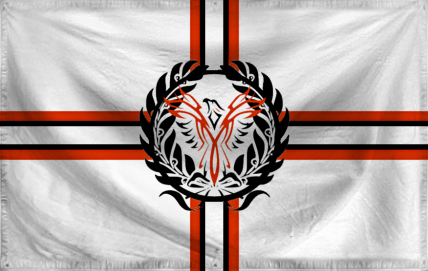 The Ploof Ploof of Albiorix is a gargantuan, environmentally stunning nation, ruled by Casimir Loren Halifax with a fair hand, and notable for its complete lack of prisons, pith helmet sales, and punitive income tax rates. The compassionate, democratic population of 15.772 billion Albiorixites are free to do what they want with their own bodies, and vote for whomever they like in elections; if they go into business, however, they are regulated to within an inch of their lives.

The medium-sized government juggles the competing demands of Education, Industry, and Healthcare. It meets to discuss matters of state in the capital city of Adrastea. The average income tax rate is 88.0%, and even higher for the wealthy.

The frighteningly efficient Albiorixite economy, worth a remarkable 3,057 trillion Denars a year, is led by the Information Technology industry, with major contributions from Tourism, Book Publishing, and Furniture Restoration. State-owned companies are common. Average income is an impressive 193,840 Denars, and distributed extremely evenly, with practically no difference between the richest and poorest citizens.

The mining industry has taken a hit from tighter environmental regulations, national parks have long lines of different gender-specific 'Porta-Pottys', every workday begins with group therapy, and citizens are frequently searched for illegal weapons. Crime is totally unknown, thanks to a capable police force and progressive social policies in education and welfare. Albiorix's national animal is the Albatross, which soars majestically through the nation's famously clear skies, and its national religion is Confucianism.

Albiorix is ranked 3,365th in the world and 4th in International Northwestern Union for Largest Furniture Restoration Industry, scoring 8,415.9 on the Spitz-Pollish Productivity Index.