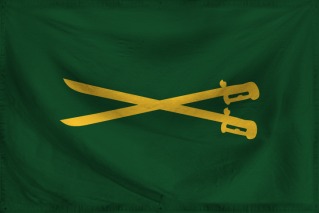 The Bannorn of Akdor is a massive, safe nation, ruled by Bann Tessario vos Kitath with an even hand, and notable for its compulsory military service. The hard-working, devout population of 1.425 billion Akdorians have some civil rights, but not too many, enjoy the freedom to spend their money however they like, to a point, and take part in free and open elections, although not too often.

The relatively small government juggles the competing demands of Defense, Education, and Welfare. It meets to discuss matters of state in the capital city of Matok. The average income tax rate is 13.1%.

The Akdorian economy, worth 90.6 trillion kamas a year, is broadly diversified and led by the Tourism industry, with significant contributions from Trout Farming, Arms Manufacturing, and Door-to-door Insurance Sales. Average income is 63,553 kamas, and evenly distributed, with the richest citizens earning only 4.1 times as much as the poorest.

All screens are equal but some are more equal than others, it's never "just a game" with Akdorian sports fans, vaccinations are mandatory, and children as young as eight can present logical proofs for the existence of the afterlife. Crime, especially youth-related, is totally unknown. Akdor's national animal is the fennec, which frolics freely in the nation's many lush forests, and its national religion is Vezkelios.

Akdor is ranked 81,222nd in the world and 6th in Torrezon for Largest Automobile Manufacturing Sector, scoring 1,691.38 on the Henry Ford Productivity Index.