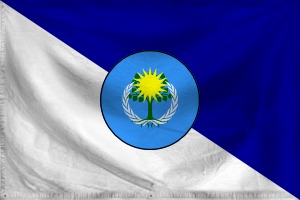 The Progress-driven Collective of Airengard is a colossal, safe nation, ruled by High Guide Airen Slipper with a fair hand, and remarkable for its complete lack of prisons, multi-spousal wedding ceremonies, and stringent health and safety legislation. The compassionate, democratic, cheerful population of 6.717 billion Airengardin are free to do what they want with their own bodies, and vote for whomever they like in elections; if they go into business, however, they are regulated to within an inch of their lives.

The enormous, liberal government juggles the competing demands of Education, Administration, and Healthcare. It meets to discuss matters of state in the capital city of Argentia. The average income tax rate is 96.5%.

The frighteningly efficient Airengardian economy, worth a remarkable 1,062 trillion argens a year, is quite specialized and mostly made up of the Information Technology industry, with significant contributions from Tourism. State-owned companies are common. Average income is an impressive 158,118 argens, and distributed extremely evenly, with little difference between the richest and poorest citizens.

Too many developers spoil the codebase, the government supplies ragtag bands of resistance fighters in exchange for vague promises of future payment, the long arm of the law possesses a rather slow hand, and a niche industry catering to S&M enthusiasts has sprung up. Crime is totally unknown, thanks to a capable police force and progressive social policies in education and welfare. Airengard's national animal is the pacifican phoenix, which soars majestically through the nation's famously clear skies, and its national religion is Concordia Hominum.

Airengard is ranked 3,384th in the world and 81st in the Pacific for Most Popular Tourist Destinations, with 2,195.4 Tourists Per Hour.