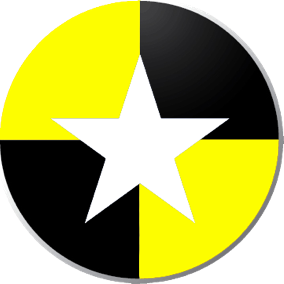 The Gold Protectorate of Ahfeginsi is a massive, socially progressive nation, ruled by Governor Defihna with a fair hand, and notable for its public floggings, rampant corporate plagiarism, and multi-spousal wedding ceremonies. The hard-nosed, hard-working, democratic, humorless, devout population of 4.553 billion Ahfeginsians live in a state of perpetual fear, as a complete breakdown of social order has led to the rise of order through biker gangs.

The minute, corrupt, liberal, pro-business, outspoken government, or what there is of one, is solely concerned with Industry. It meets to discuss matters of state in the capital city of Finsi. Citizens pay a flat income tax of 1.3%.

The thriving Ahfeginsian economy, worth 578 trillion Szchequinns a year, is driven almost entirely by the private sector, which is broadly diversified and led by the Retail industry, with major contributions from Gambling, Soda Sales, and Arms Manufacturing. Average income is an impressive 127,060 Szchequinns, but there is a vast disparity between incomes, with the richest 10% of citizens earning 1,156,069 per year while the poor average 1,586, a ratio of 728 to 1.

It is illegal for police officers to carry out searches due to strict privacy laws, kids' party bags often contain candy and e-cigarettes, people who have never eaten chicken are told it tastes a bit like crocodile, and it is illegal for a parent to tell a child to stop eating their boogers. Crime, especially youth-related, is all-pervasive, perhaps because of the country's complete lack of prisons. Ahfeginsi's national animal is the Sea Cucumber Cow, which is also the nation's favorite main course.

Ahfeginsi is ranked 57,053rd in the world and 6th in The Most Gilt Republics for Most Scientifically Advanced, scoring 107.4 on the Kurzweil Singularity Index.