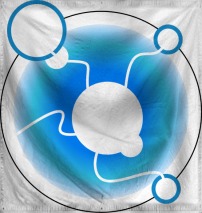 The Federal Alliance of Aerospace Forces is a gargantuan, genial nation, notable for its museums and concert halls, otherworldly petting zoo, and keen interest in outer space. The compassionate, hard-working, democratic, cheerful population of 34.965 billion Aerospace Forcesians hold their civil and political rights very dear, although the wealthy and those in business tend to be viewed with suspicion.

The large, liberal, outspoken government prioritizes Education, with Healthcare, Defense, and Welfare also on the agenda, while Spirituality isn't funded at all. It meets to discuss matters of state in the capital city of Coralan. The income tax rate is 100%.

The frighteningly efficient Aerospace Forcesian economy, worth an astonishing 14,157 trillion Aerotokens a year, is driven entirely by a combination of government and state-owned industry, with private enterprise illegal. The industrial sector, which is broadly diversified, is led by the Information Technology industry, with significant contributions from Tourism and Book Publishing. Average income is an amazing 404,909 Aerotokens, and distributed extremely evenly, with little difference between the richest and poorest citizens.

Exorbitant spending on icebreakers breaks the ice at every budget meeting, the government is continually probing the galaxy in search of alien life, the 'sing-a-long with Leader' album is a popular souvenir, and military officers are given medals for disobeying orders. Crime is totally unknown. Aerospace Forces's national animal is the Sabaoth Destroyer, which frolics freely in the nation's many lush forests.

Aerospace Forces is ranked 358th in the world and 4th in Yggdrasil for Largest Cheese Export Sector, scoring 12,584.39 on the Mozzarella Productivity Index.