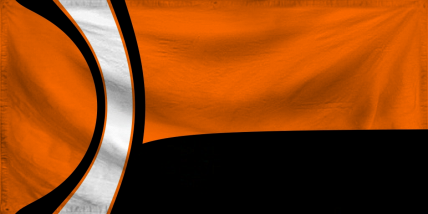 The Astorian Dominion of Aelitia is a gargantuan, efficient nation, ruled by His Extreme Highness Melodom with an iron fist, and renowned for its daily referendums, punitive income tax rates, and devotion to social welfare. The hard-nosed, cynical population of 16.397 billion Aelitians are ruled with an iron fist by the socialist government, which grants its people the freedom to do whatever they like so long as it doesn't involve getting richer than anybody else or challenging the government.

The government — a sprawling, bureaucracy-choked morass — juggles the competing demands of Education, Healthcare, and Environment. It meets to discuss matters of state in the capital city of Visaelitia. The average income tax rate is 92.8%, and even higher for the wealthy.

The all-consuming Aelitian economy, worth a remarkable 1,437 trillion Donclattes a year, is driven almost entirely by government activity. The industrial sector is mostly made up of the Tourism industry. State-owned companies are reasonably common. Average income is 87,678 Donclattes, and evenly distributed, with the richest citizens earning only 2.5 times as much as the poorest.

A new guerrilla marketing campaign for tap water involves government agents spraying random citizens with hose water, the military is slashing spending on conventional arms and diverting it to spending on prosthetic arms, His Extreme Highness Melodom has taken to wearing medal-adorned military uniform in all public appearances, and 10-year-olds who struggle with integrating by parts are considered slow learners. Crime, especially youth-related, is totally unknown, thanks to the all-pervasive police force and progressive social policies in education and welfare. Aelitia's national animal is the Valkyrie, which frolics freely in the nation's many lush forests.