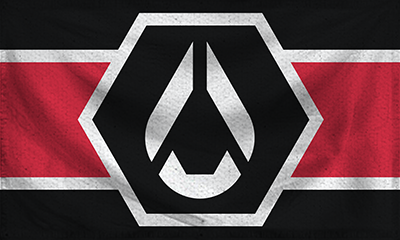 The Corporate States of Aeioux is a colossal, environmentally stunning nation, ruled by GOV-AI Xerathul with an iron fist, and notable for its anti-smoking policies, avowedly heterosexual populace, and digital currency. The hard-nosed, hard-working, cynical, humorless population of 5.948 billion Aeiouxians are kept under strict control by the oppressive government, which measures its success by the nation's GDP and refers to individual citizens as "human resources."

The medium-sized, corrupt, moralistic, well-organized government juggles the competing demands of Education, Defense, and Administration. It meets to discuss matters of state in the capital city of Illion. The average income tax rate is 73.3%, and even higher for the wealthy.

The frighteningly efficient Aeiouxian economy, worth 859 trillion Dust Particles a year, is fairly diversified and led by the Information Technology industry, with significant contributions from Arms Manufacturing, Tourism, and Door-to-door Insurance Sales. Average income is an impressive 144,519 Dust Particles, and evenly distributed, with the richest citizens earning only 2.1 times as much as the poorest.

The government extracts trade concessions from poor nations in exchange for humanitarian aid, chain casinos dominate the national gambling market, the government is attempting to revitalize a gutted private sector, and murder is sanctioned if the legal paperwork is filled out correctly. Crime, especially youth-related, is totally unknown, thanks to a capable police force and progressive social policies in education and welfare. Aeioux's national animal is the Grey Owl, which soars majestically through the nation's famously clear skies.

Aeioux is ranked 188,293rd in the world and 201st in Confederation of Corrupt Dictators for Most Cheerful Citizens, with 44.79 Percentage Of Water Glasses Perceived Half-Full.

Exile Government of the RDFR,

The Dixie Confederate Union, and