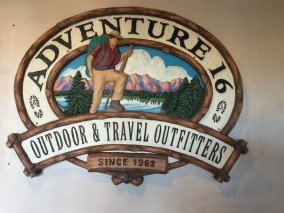 The Outdoor Outfitters of Adventure 16 is a colossal, efficient nation, ruled by John Mead with an even hand, and remarkable for its museums and concert halls, smutty television, and restrictive gun laws. The compassionate, hard-working, democratic population of 5.806 billion Adventure 16ians have some civil rights, but not too many, enjoy the freedom to spend their money however they like, to a point, and take part in free and open elections, although not too often.

The medium-sized government prioritizes Education, although Environment, Industry, and Healthcare are also considered important, while Spirituality receives no funds. It meets to discuss matters of state in the capital city of Adventure 16. Citizens pay a flat income tax of 53.4%.

The frighteningly efficient Adventure 16ian economy, worth 716 trillion dollars a year, is led by the Information Technology industry, with major contributions from Tourism, Book Publishing, and Retail. Average income is an impressive 123,412 dollars, but there is a significant disparity between incomes, with the richest 10% of citizens earning 380,475 per year while the poor average 30,904, a ratio of 12.3 to 1.

Young girls and senior citizens alike can be spotted wearing colourful short shorts, torture is illegal, it is illegal to make racist remarks in public, and the nation's diplomatic missives are now delivered via sniper rifle. Crime, especially youth-related, is totally unknown. Adventure 16's national animal is the mountain lion, which frolics freely in the nation's many lush forests, and its national religion is Nature.

Adventure 16 is ranked 26,510th in the world and 1st in Adventure 16 for Most Scientifically Advanced, scoring 207 on the Kurzweil Singularity Index.