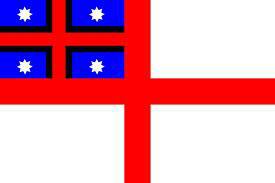 The Republic of Adolanta is a gargantuan, safe nation, ruled by Mondius with a fair hand, and notable for its national health service, public floggings, and anti-smoking policies. The compassionate, democratic, cheerful, devout population of 19.34 billion Adolantans hold their civil and political rights very dear, although the wealthy and those in business tend to be viewed with suspicion.

The medium-sized, liberal, outspoken government prioritizes Education, with Healthcare, Environment, and Industry also on the agenda, while Spirituality isn't funded at all. It meets to discuss matters of state in the capital city of Adolantis City. The average income tax rate is 83.1%.

The frighteningly efficient Adolantan economy, worth a remarkable 3,325 trillion Pingas a year, is led by the Tourism industry, with major contributions from Book Publishing, Information Technology, and Retail. State-owned companies are common. Average income is an impressive 171,971 Pingas, and evenly distributed, with the richest citizens earning only 3.3 times as much as the poorest.

Wind farms are erected on shuttered oil platforms, elections have become procedural nightmares due to voters persistently rejecting candidates, it's always rabbit season, and one-stop superstores divide and conquer family businesses. Crime is totally unknown, thanks to a capable police force and progressive social policies in education and welfare. Adolanta's national animal is the Bull, which is also the nation's favorite main course, and its national religion is a major religion.