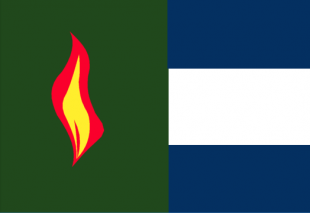 The Federation of Achaean Republic is a massive, safe nation, ruled by Carlos Núñez Alvarado with a fair hand, and remarkable for its museums and concert halls, free-roaming dinosaurs, and keen interest in outer space. The compassionate, hard-working, democratic, cheerful population of 4.118 billion Achaeans hold their civil and political rights very dear, although the wealthy and those in business tend to be viewed with suspicion.

The medium-sized, liberal, outspoken government juggles the competing demands of Education, Administration, and Healthcare. It meets to discuss matters of state in the capital city of Distrito de Muñíz. The average income tax rate is 60.6%, and even higher for the wealthy.

The frighteningly efficient Achaean economy, worth 634 trillion corcinoes a year, is quite specialized and led by the Tourism industry, with major contributions from Information Technology, Book Publishing, and Retail. Average income is an impressive 154,111 corcinoes, and evenly distributed, with the richest citizens earning only 2.2 times as much as the poorest.

Administrative districts are increasingly defined by their taste in housing architecture, the number of students attending university has reached a record high, criminals and college students are taking an interest in the government's new weed-killing program, and the nation has opened its arms to an influx of refugees. Crime is totally unknown. Achaean Republic's national animal is the Parrot, which soars majestically through the nation's famously clear skies.

Achaean Republic is ranked 31,358th in the world and 25th in Union Mundial for Highest Economic Output, with 632 trillion Standard Monetary Units.