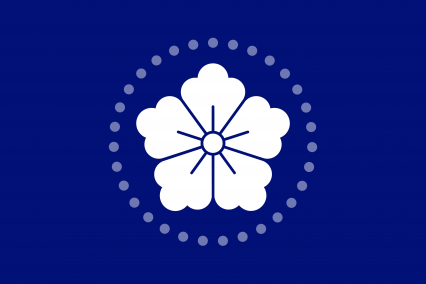 The Heavenly Empire of Acaciatropole is a colossal, socially progressive nation, ruled by Emperor Hirotoshi「明宗帝」 with a fair hand, and notable for its museums and concert halls, compulsory military service, and restrictive gun laws. The compassionate, hard-working, democratic population of 6.989 billion Acacians hold their civil and political rights very dear, although the wealthy and those in business tend to be viewed with suspicion.

The relatively small government juggles the competing demands of Industry, Education, and Healthcare. It meets to discuss matters of state in the capital city of Nakato「中都」. The average income tax rate is 24.1%, but much higher for the wealthy.

The frighteningly efficient Acacian economy, worth a remarkable 1,084 trillion Acacian Ryous a year, is led by the Tourism industry, with major contributions from Information Technology, Book Publishing, and Retail. State-owned companies are common. Average income is an impressive 155,210 Acacian Ryous, and distributed extremely evenly, with little difference between the richest and poorest citizens.

Religious education is a new government priority, the inside lane of every highway is for parked vehicles only, parents often leave their kids in the car while they attend mindfulness meditation sessions, and any citizen who cries is immediately assigned a psychiatrist. Crime, especially youth-related, is totally unknown. Acaciatropole's national animal is the Imperial Acacian Avadavat, which frolics freely in the nation's many lush forests, and its national religion is Ueidai「上偉代」.

Acaciatropole is ranked 4,177th in the world and 2nd in Hiyamashu for Largest Information Technology Sector, scoring 43,336.07 on the Fann-Boi Productivity Index.

The Democratic Republic Of The Pacific,