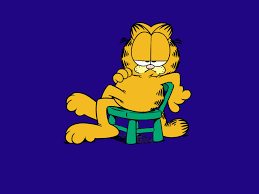 The Angst of A Tortured Mind is a colossal, orderly nation, ruled by Doctor Phroid with an iron fist, and renowned for its strictly enforced bedtime, parental licensing program, and suspicion of poets. The hard-nosed, hard-working, cynical, devout population of 9.06 billion Tortured Mindians are ruled by a mostly-benevolent dictator, who grants the populace the freedom to live their own lives but watches carefully for anyone to slip up.

The large government juggles the competing demands of Law & Order, Defense, and Welfare. It meets to discuss matters of state in the capital city of Thorazine. The average income tax rate is 46.7%.

The strong Tortured Mindian economy, worth 390 trillion Fettishes a year, is quite specialized and dominated by the Arms Manufacturing industry, with significant contributions from Basket Weaving, Soda Sales, and Gambling. Average income is 43,138 Fettishes, and evenly distributed, with the richest citizens earning only 3.6 times as much as the poorest.

Conscripts often volunteer for a second tour of duty so they can get a ticket to next year's Army Revue, the fire protection service is wholly government-funded, in a desperate bid for cheap airfare Tortured Mindians can be seen jogging in a rubber suit just before flying, and employers are never quite sure if graduates' qualifications have any merit or meaning. Crime, especially youth-related, is totally unknown, thanks to the all-pervasive police force and progressive social policies in education and welfare. A Tortured Mind's national animal is the gerbil, which frolics freely in the nation's many lush forests, and its national religion is Christianity.

A Tortured Mind is ranked 151,114th in the world and 27th in Gypsy Lands for Largest Trout Fishing Sector, scoring -1.79 on the Nemo Depletion Efficiency Index.