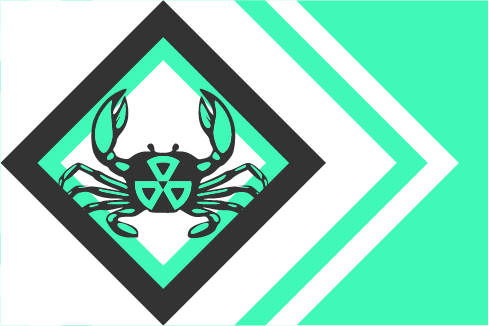 The Crab of A crab is a massive, socially progressive nation, renowned for its burgeoning crab population. The hard-working, cynical population of 4.026 billion crabs are rabid consumers, partly through choice and partly because the government tells them to and dissenters tend to vanish from their homes at night.

The very strong crab economy, worth 234 trillion crab dollars a year, is fairly diversified and led by the Gambling industry, with major contributions from Uranium Mining, Soda Sales, and Woodchip Exports. Average income is 58,297 crab dollars, with the richest citizens earning 9.4 times as much as the poorest.

It is illegal to make racist remarks in public, citizens are barcoded to keep track of their movements, military spending recently hit a new high, and local mafias have a tough time disposing of dead snitches without catching the attention of recycling authorities. Crime is moderate. A crab's national animal is the crab.