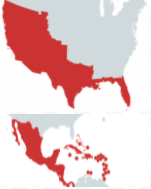 The Map and Card Farm of 87654678oipi876543 is a massive, environmentally stunning nation, renowned for its ubiquitous missile silos, zero percent divorce rate, and state-planned economy. The hard-nosed, humorless population of 2.406 billion 87654678oipi876543ians are highly moralistic and fiercely conservative, in the sense that they tend to believe most things should be outlawed. People who have good jobs and work quietly at them are lauded; others are viewed with suspicion.

The very strong 87654678oipi876543ian economy, worth 195 trillion kronor a year, is driven entirely by a combination of government and state-owned industry, with private enterprise illegal. However, for those in the know, there is a slick, highly efficient, fairly diversified black market in Arms Manufacturing, Beef-Based Agriculture, Information Technology, and Retail. The private sector mostly consists of enterprising ten-year-olds selling lemonade on the sidewalk, but the government is looking at stamping this out. Average income is 81,161 kronor, but there is a significant disparity between incomes, with the richest 10% of citizens earning 230,071 per year while the poor average 22,881, a ratio of 10.1 to 1.

Commemoration of the Great the Rejected Realms War costs almost as much as the war itself, morale within the seismologist community has hit rock bottom, modelling agencies send their clients to work in nursing homes, and captains must wait until all rats are safe before jumping ship. Crime, especially youth-related, is totally unknown, thanks to a well-funded police force and progressive social policies in education and welfare. 87654678oipi876543's national animal is the cow, which is also the nation's favorite main course.