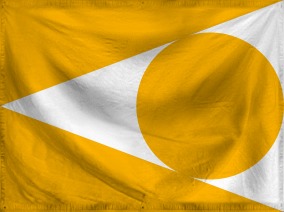 The United Kingdom of 3 14159265358979323846264 is a massive, environmentally stunning nation, ruled by yo mama with a fair hand, and renowned for its complete lack of prisons, keen interest in outer space, and state-planned economy. The compassionate, democratic population of 3.873 billion real humans are free to do what they want with their own bodies, and vote for whomever they like in elections; if they go into business, however, they are regulated to within an inch of their lives.

The enormous government juggles the competing demands of Education, Administration, and Environment. It meets to discuss matters of state in the capital city of Pi squared over six. The average income tax rate is 83.2%, and even higher for the wealthy.

Dozens of additional foreign policy specialists have been sent to the country's WA Mission, 100-year-old politicians are now a thing of the past, social networking sites have discussion groups devoted to planning terrorist attacks, and the wearing and manufacture of fur apparel is banned. Crime is totally unknown, thanks to a capable police force and progressive social policies in education and welfare. 3 14159265358979323846264's national animal is the tapeworm, which frolics freely in the nation's many lush forests.