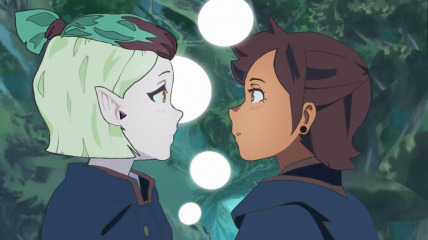 The Theocracy of -Loving Couple is a huge, socially progressive nation, remarkable for its barren, inhospitable landscape, complete lack of prisons, and ubiquitous missile silos. The hard-working, cynical population of 857 million -Loving Coupleans have some civil rights, but not too many, enjoy the freedom to spend their money however they like, to a point, and take part in free and open elections, although not too often.

The medium-sized government juggles the competing demands of Administration, Education, and Healthcare. Citizens pay a flat income tax of 24.4%.

The strong -Loving Couplean economy, worth 44.7 trillion snails a year, is led by the Woodchip Exports industry, with major contributions from Retail, Pizza Delivery, and Automobile Manufacturing. Average income is 52,183 snails, with the richest citizens earning 5.5 times as much as the poorest.

There are no more heroes any more, you're never too young to learn how to lie with confidence, truancy officers have a hard time catching children trained in advanced camouflage skills, and the army spends more time producing 'romantic videos' than actually training soldiers. Crime is moderate, perhaps because of the country's complete lack of prisons. -Loving Couple's national animal is the owl, which teeters on the brink of extinction due to toxic air pollution.

-Loving Couple is ranked 149,439th in the world and 23rd in Lily for Largest Arms Manufacturing Sector, scoring 2,473.39 on the Charon Conveyancy Index.