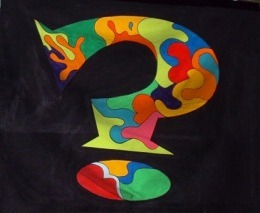 The Anomaly of -3- is a gargantuan, environmentally stunning nation, ruled by Mister 3 with a fair hand, and remarkable for its absence of drug laws. The democratic population of 17.834 billion -3-ians hold their civil and political rights very dear, although the wealthy and those in business tend to be viewed with suspicion.

The medium-sized, liberal government juggles the competing demands of Education, Spirituality, and Welfare. It meets to discuss matters of state in the capital city of Threetown. The average income tax rate is 33.7%, but much higher for the wealthy.

The large but inefficient -3-ian economy, worth 552 trillion Dollars a year, is quite specialized and led by the Trout Farming industry, with significant contributions from Book Publishing, Woodchip Exports, and Soda Sales. State-owned companies are common. Average income is 30,994 Dollars, and evenly distributed, with the richest citizens earning only 2.2 times as much as the poorest.

A large-scale revitalization of the education system is underway, organ donation is compulsory, -3- has designated Threetown as its capital city, and Mister 3 has just been declared ruler of -3- in an international press conference. Crime is relatively low, thanks to a capable police force and progressive social policies in education and welfare. -3-'s national animal is the duck, which soars majestically through the nation's famously clear skies, and its national religion is Atheism.

-3- is ranked 118,180th in the world and 3rd in CLC for Most Valuable International Artwork, with zero Bank.