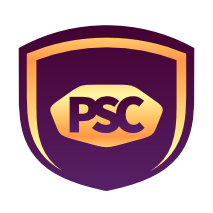 The Unified Capitalizt States of Commerce Heights is a gargantuan, socially progressive nation, renowned for its unlimited-speed roads, keen interest in outer space, and smutty television. The hard-nosed, hard-working, democratic population of 41.411 billion Paripanans live in a state of perpetual fear, as a complete breakdown of social order has led to the rise of order through biker gangs.

The minute, liberal, pro-business, outspoken government, or what there is of one, prioritizes Industry, with Social Policy also on the agenda, while Spirituality and Environment receive no funds. Citizens pay a flat income tax of 1.1%.

The frighteningly efficient Paripanan economy, worth a remarkable 7,457 trillion non-existents a year, is driven almost entirely by the private sector, which is broadly diversified and led by the Gambling industry, with significant contributions from Information Technology, Book Publishing, and Uranium Mining. Average income is an impressive 180,076 non-existents, but there is an enormous disparity between incomes, with the richest 10% of citizens earning 937,153 per year while the poor average 18,679, a ratio of 50.2 to 1.

Penurious citizens die from easily remedied ailments because they aren't 'taking enough initiative', corporations donate huge sums of money to favored politicians, the streets are ravaged by murder and violence to prove political points, and even the most lowly council pen-pusher has the same political power as a senior minister. Crime, especially youth-related, is all-pervasive, perhaps because of the country's complete lack of prisons. Commerce Heights's national animal is the non-existent, which teeters on the brink of extinction due to widespread deforestation.

Commerce Heights is ranked 992nd in the world and 3rd in Atlantian Oceania for Lowest Overall Tax Burden, scoring 277.03 on the Hayek Index.