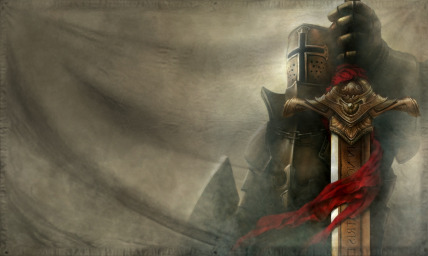 The Knights Commander VII of Zulu Seven is a gargantuan, orderly nation, ruled by Leader with an iron fist, and notable for its barren, inhospitable landscape, complete lack of public education, and complete absence of social welfare. The hard-nosed, cynical population of 16.407 billion Zulu Sevenians are ruled by a mostly-benevolent dictator, who grants the populace the freedom to live their own lives but watches carefully for anyone to slip up.

The minute, well-organized government, or what there is of one, is solely concerned with Law & Order. It meets to discuss matters of state in the capital city of Valtrexia. The average income tax rate is 6.2%, but much higher for the wealthy.

The Zulu Sevenian economy, worth 695 trillion Coins a year, is fairly diversified and dominated by the Gambling industry, with significant contributions from Uranium Mining, Book Publishing, and Cheese Exports. State-owned companies are common. Average income is 42,378 Coins, and evenly distributed, with the richest citizens earning only 2.7 times as much as the poorest.

Christianity has been named as Zulu Seven's national religion, Zulu Seven has designated Valtrexia as its capital city, suburban families are finding themselves increasingly short on food as they waste precious water on their lawns, and Leader has been self-declared as the Most Supreme Magnificent Overlord of Everything You Ever Saw. Crime is moderate, with the police force struggling against a lack of funding and a high mortality rate. Zulu Seven's national animal is the Fox, which teeters on the brink of extinction due to widespread deforestation, and its national religion is Christianity.

Zulu Seven is ranked 87,954th in the world and 1st in The Catholic Royal Alliance for Largest Pizza Delivery Sector, scoring 1,883.99 on the Pepperoni Propulsion Productivity Index.

Most Recent Government Activity: 20 days ago