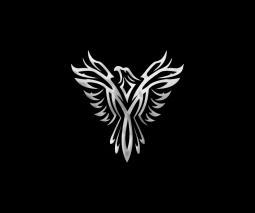 The Empire of Spectare is a gargantuan, orderly nation, ruled by Jezebel Phoenix with an iron fist, and remarkable for its pith helmet sales, triple-decker prams, and irreverence towards religion. The hard-nosed, hard-working, cynical, humorless population of 33.699 billion Spectarians are ruled with an iron fist by the corrupt, dictatorship government, which oppresses anyone who isn't on the board of a Fortune 500 company. Large corporations tend to be above the law, and use their financial clout to gain ever-increasing government benefits at the expense of the poor and unemployed.

The medium-sized, corrupt, pro-business, well-organized government is effectively ruled by the Department of Defense, although Industry is also considered important, while Environment receives no funds. It meets to discuss matters of state in the capital city of Angel Grove. Citizens pay a flat income tax of 87.6%.

The frighteningly efficient Spectarean economy, worth an astonishing 11,495 trillion Spects a year, is broadly diversified and dominated by the Arms Manufacturing industry, with significant contributions from Information Technology, Uranium Mining, and Automobile Manufacturing. Black market activity is rampant. Average income is an amazing 341,130 Spects, but there is a vast disparity between incomes, with the richest 10% of citizens earning 2,407,345 per year while the poor average 16,292, a ratio of 147 to 1.

Military spending recently hit a new high, even doll houses and dog kennels have to be able to withstand rigorous earthquake testing, in a fit of passion Jezebel Phoenix has shredded thirty years' worth of petitions, and Angel Grove is a police state during international summits. Crime, especially youth-related, is totally unknown, despite the fact that it is difficult to make it through a day without breaking one of the country's many laws. Spectare's national animal is the Phoenician Eagle, which is also the nation's favorite main course, and its national religion is Logic.

Spectare is ranked 408th in the world and 1st in Greater Prussia for Highest Wealthy Incomes, with 2.41 million Standard Monetary Units.