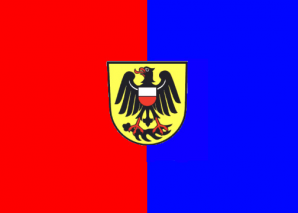 The Benevolent Dictatorship of
Falkasia
Father Knows Best State
Friend to all, enemy to none.
Influence
Instigator
Boss of "That's not the Gardener. We don't have one."
Region
Teremara
Civil Rights
Some
Economy
Frightening
Political Freedom
Unheard Of

The Benevolent Dictatorship of Falkasia is a gargantuan, orderly nation, ruled by Premier Vladimir Kazyenko with an iron fist, and remarkable for its ubiquitous missile silos, free-roaming dinosaurs, and compulsory military service. The hard-nosed, hard-working, cynical, humorless population of 30.783 billion Falkasians are ruled by a mostly-benevolent dictator, who grants the populace the freedom to live their own lives but watches carefully for anyone to slip up.

The relatively small, corrupt, well-organized government juggles the competing demands of Defense, Law & Order, and Education. It meets to discuss matters of state in the capital city of Ekaterine. Citizens pay a flat income tax of 34.8%.

The frighteningly efficient Falkasian economy, worth a remarkable 5,850 trillion Falkasian Dinars a year, is broadly diversified and led by the Arms Manufacturing industry, with major contributions from Information Technology, Retail, and Uranium Mining. Black market activity is rampant. Average income is an impressive 190,043 Falkasian Dinars, with the richest citizens earning 6.3 times as much as the poorest.

There's a lot of smoke from the nation's "green economy", the police think a properly conducted criminal investigation is a real pain, being Premier Vladimir Kazyenko has been voted one of the top ten most dangerous jobs, and hunters often become the hunted. Crime, especially youth-related, is totally unknown, thanks to a capable police force and progressive social policies in education and welfare. Falkasia's national animal is the Imperial Falcon, which is also the nation's favorite main course, and its national religion is Christianity.

Falkasia is ranked 14,048th in the world and 5th in Teremara for Most Influential, scoring 3,732 on the Soft Power Disbursement Rating.